Thanksgiving is not complete without a pumpkin pie for most people. Whatever other desserts you may choose to serve, this one traditional pie is a standard feature at the majority of feasts across the nation. The pumpkin is a squash variety that is native to North America and has been a symbol of harvest season for centuries. It's name has been derived from the Greek work "peon" which means large melon and for years the British called it "pompion" which eventually became pumpkin in the United States of America.

European influence eventually led to the custard style filling baked in a pastry that we eat today. The pumpkin is actually twice cooked for a pie, the first step in the process being to deseed the fruit (yes it is a fruit), cook it by baking or steaming and then creating a strained puree to be cooked again as part of the custard filling. Of course today we have to thank Libbys for taking care of the most tedious part of the process. Their canned pumpkin is 100 % fruit with no additives and I've used it for all my pumpkin related baking needs for years.

It is possible to occasionally find actual filling in a can, where you just have to pour it in your crust and bake it but honestly the mixture for the custard can be put together in under 5 minutes. I would highly recommend making it from scratch as the taste is phenomenally better and for years this is the one thing my kids have enjoyed helping me make due to the ease of the recipe.

The crust is time consuming but again a homemade crust tastes so much better if done right.MyÂ Buttery Flaky Pie Crust RecipeÂ Â has tons of tips to help you through the process and the crust can actually be made a day or so ahead of time and stored in your refrigerator. If you do decide to buy a store bought crustÂ Epicurious has a wonderful article on which brands are best. If you want to go a completely different route, try myÂ Deconstructed Pumpkin Pie Recipe and eliminate the crust all together!

DIRECTIONS:
1. Preheat your oven to 375 Degrees.
2. Blind Bake your pie crust for 15 minutes (Note below on Blind Baking)in this picture I chose to make 4 mini pies versus one large one. I regular pie crust per most recipes will be enough for 4 mini crusts. Since crimping the edges was a bit difficult given the pie proportions I used a butter knife to make diagonal slits, opting for a rustic look. 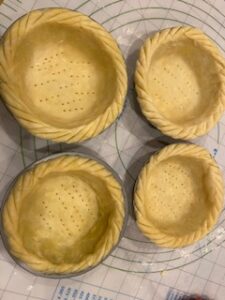 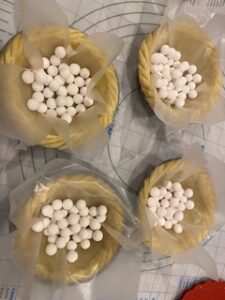 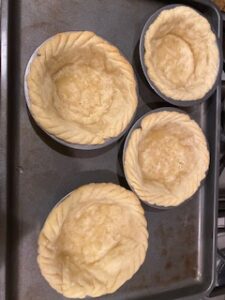 3.Whisk the eggs.
4. Add the sugar and hand mix till it is well incorporated with the eggs.
5. Pour the cream and mix well.
6. Add all the spices and the salt and stir to mix well. If you want you can substitute 3 teaspoons pumpkin pie spiceÂ instead of using the individual spices listed above. Allspice can also be used but it typically doesn't have ginger in it and I would recommend using the ginger in this recipe. 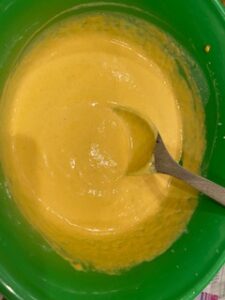 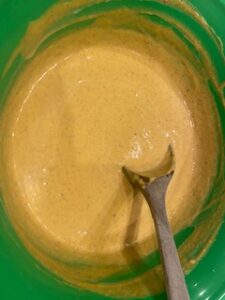 7. Pour the mixture into your warm blind baked crust, cover the edges with a pie shield or foil and bake at 375 degrees for 50-60 minutes. 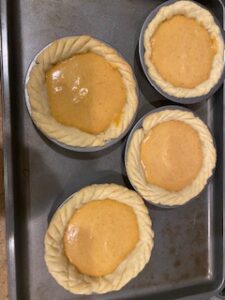 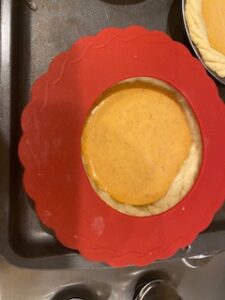 NOTES:
1. Blind Baking is a technique that is often used in pies that have a liquid filling to prevent the crust from getting soggy. Once your crust is in the pie tin put some foil or parchment and add pie weights or dry beans to add weight so the pastry doesn't puff up and then bake for 15 minutes. It's best to chill the pastry before baking it so it doesn't shrink while baking. Once you remove the crust, pour in the filling and continue baking. You may need a pie shield or foil around the edges to prevent over browning.
2. Since ovens vary, keep a close watch on the pie after about 40 minutes so the filling doesn't overtake. Once the sides are set, even if the center is a little jiggly you may want to test the center with a knife as the custard will continue to thicken as it cools and you don't want a dry and cracked pie.
3. I ended up with some extra filling and pored it in a glass pie dish and baked it as a crustless pie. This baked filling was then used in my Deconstructed Pumpkin Pie Recipe. 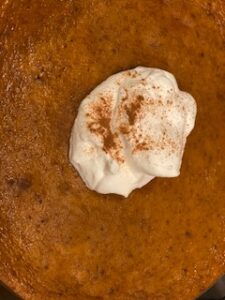